(Only available in English) Why do you admire the rowers who come to battle on the Rotsee every summer? Is it their impressive size and towering confidence or is it their dedication to a sport defined by early mornings, blistered hands and the willingness to bury themselves in the proverbial pain cave one stroke at a time that makes them worthy of praise?

As I take a moment to pause and reflect on the past year of our beloved sport while on the trail looping the Lake of the Gods, I recall the sheer intensity of the Final Olympic Qualification Regatta. A flock of birds sending ripples across the Rotsee triggers flashbacks to the sounds of oars locking into the water and sending the boats towards the finish line one stroke at a time. When I turn to face the docks, I can still picture the sad sight of fine-tuned athletes shedding tears into the arms of their consoling coach, starkly contrasted by sounds of elation at the finish line echoing across the otherwise quiet, spectator barren lake.

And so it goes at the regatta of tears. Every Olympic cycle, the intensity of the Last Chance Qualification Regatta remains. Despite postponement, new regulations, new crew combinations and whatever else you want to throw into the mix, the weight of the athletes dreams at the start-line is heavy all the same.
That’s why, in a pandemic adjusted world where everything seems to be in a constant state of uncertainty, we at the Lucerne Regatta turn to the athletes as symbols of our modern stoics. Familiar with rowing in conditions out of their control, the rower focuses internally and keeps their head in the boat, controlling only their own judgment of the situation rather than hopelessly trying to change the situation itself. Put simply, you can’t make the waves go away but you can make the way you perceive the waves change.

Dutch rower Niki Van Sprang, most notably known as the guy who qualified not one but two boats (M2x in Linz 2019 and M2- this past summer) for the Tokyo Olympics shared his experience of qualifying on the Rotsee, the pressure you simply can’t prepare for and explains why in a world of uncertainty the best thing you can do is embrace the process and keep your eyes ahead.

Remember the joy on Charlie’s and his grandfathers face when Charlie finally got one of five elusive golden tickets to tour the Willy Wonka chocolate factory? Well, at the FOQR on the Rotsee, only two boats will qualify for the Olympics from each discipline. In a sporting world historically modeled by a top three podium, this is nothing short of a cut throat. There is no podium, no consolation prize, no B final. You either book your ticket, as the jargon goes, or you go home having invested the last four (in this case five) years chasing a dream that slipped away over the course of give or take seven minutes.
Each rowing discipline has a set amount of boats that can qualify for each event. Some disciplines (generally those with smaller crew sizes) have more spots than others. Conversely, large boats, with limited crew spots can make qualifying or, booking your ticket, for the Olympic Games especially challenging. More info on these technicalities here.

So why did Niki need two tickets?

As is often the case for many nations, Niki says it was always clear that regardless of who qualified the M2x (double scull) in Linz, there would be a second round of selection to determine who ends up taking those seats for Tokyo. Although they were pleased to have qualified the M2x in 2019, Niki knew his work wasn’t done. Perhaps then when in the end he was not selected to sit in the double sculls, which went on to win a silver medal in Tokyo, it is this understanding of “not done” which kept Niki going. 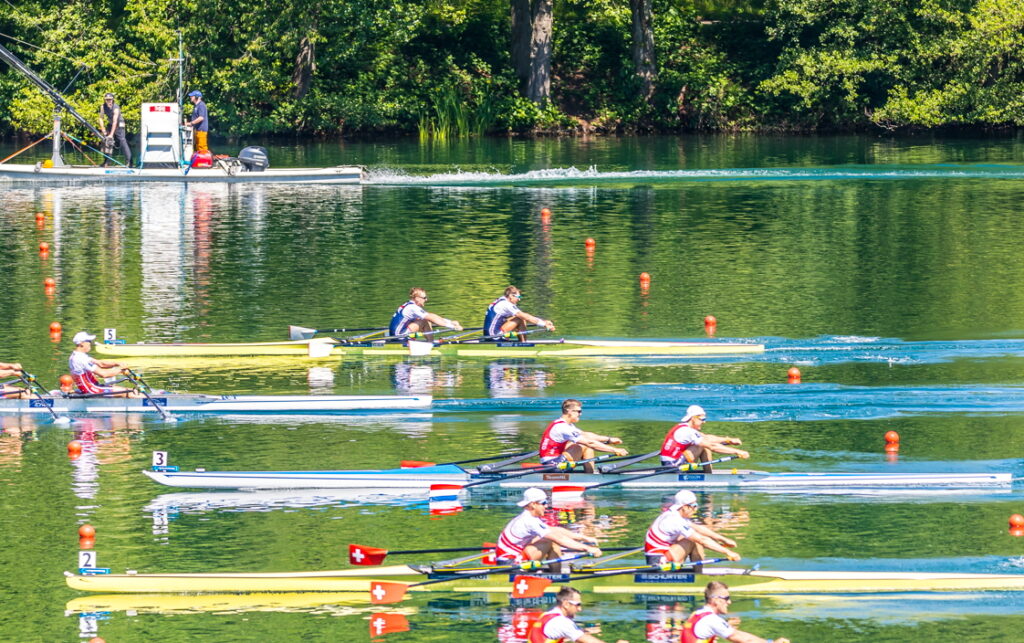 Though disappointed in the circumstances surrounding the selection, where many might drown in their perceptions of injustice of the sport, Niki took the opportunity to reflect about how rowing could continue to fit into his life. It was then that it became clear to Niki that his heart was still in the boat and he made the decision to continue with the sport and put down a good season of training and racing in the single. Needless to say, Niki didn’t stay single too long as he was quickly picked up by a teammate to put together a new crew, this time sweeping in the men’s pair.

Fast forward to May 2021, the last chance Niki and his partner Guillaume Krommenhoek would have to book their ticket to the Tokyo 2020 Olympics. Niki and his partner had spent the year leading up to the event discussing how they were going to approach racing and manage the palpable tension which replaces the excitement and signature cowbells we’ve all come to love at Rotsee.
Niki told us about the countless discussions they had surrounding the conflict of balancing one all or nothing moment, which “is not what you get up in the morning to train for, you get up to train for the Olympics”. Despite their efforts to cover their bases and come prepared Niki continued “In the end it’s different. You feel like you have all that under control and you get in the boat and there’s just this feeling, and it was the same feeling during the first race of the Olympics, movements turn out harder, it gets tenser, it’s just something so deep down… there is this animal like feeling of you have to survive and that’s just very different from other races, this race is defining in so many ways.”

Niki goes on to talk about how the majority of the strokes they took were an absolute disaster. “We rowed awfully all weekend. In the semi-final Guillaume false started by I think almost a second. He went, I went, then we hit like six buoys… it was a long bumpy road, we shed some tears there.” However, when the time came to seal the deal in the final, the pair crossed the finish line in first place. Overcome with a sense of relief, Niki and Guillaume had just made their Olympic dreams come true. 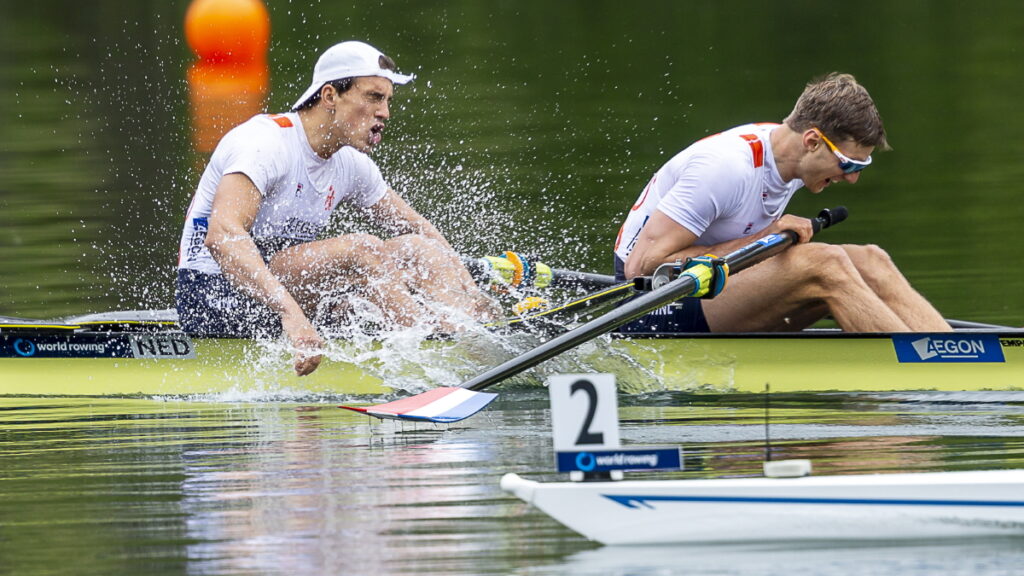 Reading Between the Lines

We had originally reached out to Niki because of his impressive story of dual-qualification. However, during our conversation as Niki recounted his mental health struggles throughout the last few years, the aftermath of testing positive for COVID and finally the pinnacle experience of the Olympic Games, our conversation became much more about his relationship to the journey than any single event. When I asked Niki what kept him going after he lost his chance in the double, and after the Olympics were postponed he confidently replied:

“I love rowing, I love the opportunity of going out on the lake and working on myself. I mean if you do this sport and you only pin it down to the result, you set yourself up for a miserable time. I saw it at the Olympics where there’s people who performed to what they were capable of but didn’t get the medal they wanted and became angry and frustrated about the entire process. So I had made a conscious decision to not let my frustration surrounding not getting that spot in the double define the process for me. The payback in rowing for me isn’t the result and that’s why I didn’t hold a grudge after being taken out of the double, that’s not the defining emotion for me.”

I closed the zoom room convinced that rather than his (obviously) unquestionable fitness or versatile boat skill, his mindset towards rowing is what got him to where he is today. I share his story with you not as a tale of heroism as originally predicted but rather as a lesson of reflecting on and reframing uncertainty and adapting our perception of events which are out of our control.
“WHEN WE ARE NO LONGER ABLE TO CHANGE A SITUATION, WE ARE CHALLENGED TO CHANGE OURSELVES.” – VIKTOR FRANKL