68 races went over the waters of Lucerne’s Rotsee rowing mecca on Friday’s opening day in the best conditions. Exciting and hard-fought races marked the first big day of the best-attended regatta before the upcoming European and World Championships.

In excellent conditions – pleasant temperatures, calm water and at times a shifting breeze – the opening day of the LUCERNE REGATTA World Cup series concluded with the preliminary and hope heats on Lake Lucerne. The most important international showdown with almost all major rowing nations and their top athletes in view of the 2022 World Rowing Championships in Racice, Czech Republic. 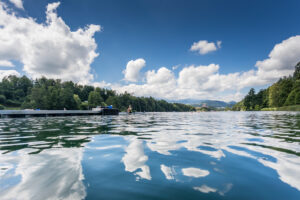 More than 600 rowers from 39 nations in 17 boat classes competed. Especially China, Australia, Germany, Great Britain, Romania and Italy sent large delegations to the test bed of Lake Rot. The USA and large parts of the Dutch elite boats were not there. And it proved true once again: nations that have a wide range of competing athletes are more likely to deliver absolute top performances. The Romanian team, for example, was striking in that all of its athletes made it to the next round.

The fact that the Corona issue is still not over after last year’s regatta, which took place without spectators, still had to be stated in 2022. Among others, the Swiss national team was strongly affected and had to register various absences. For example, the hopeful women’s double four boat had to forgo the start and the men’s counterpart had to replace stroke Kai Schätzle with lightweight Jan Schäuble. 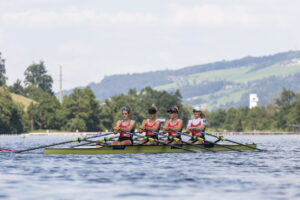 The first day of competition from the Swiss point of view

In the women’s single, the 2018 world champion Jeanine Gmelin proved that her roadmap is coherent with regard to further goals with her preliminary victory. Also qualifying directly for the semifinals was the lightweight double sculls rowing in the combination of Raphaël Ahumada and Andri Struzina with a spirited ride. In the large field of skiffiers, Scott Bärlocher qualified for the quarter finals, where the hurdle was then too high, however. The C-final is scheduled for him on Saturday. 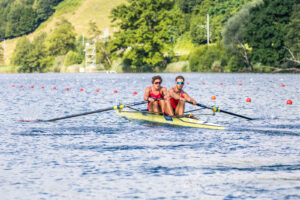 Via the hope heats, skiffer Salome Ulrich, the lightweight singles Olivia Nacht and Eline Rol, the men’s double sculls with Maurin Lange and Jonah Plock and the men’s double four with Jan Schäuble, Patrick Brunner, Nils Schneider and Dominic Condrau managed to qualify for Saturday’s semifinals. The double sculls duo of Fabienne Schweizer and Nina Wettstein failed to clear this hurdle and will compete in the C final for 13th place.